With a cool breeze tickling our hair and mild ocean waves rolling over the warm sands we were introduced to the Pacific Ocean. Until now I had never visited one of California's beaches. It's just never been my cup of tea. But with an empty house to sit in (our furniture is still in Utah) you look for any excuse to leave and it happens to be that we live an hour from the beach.

Something else we learned about the beach is that an overwhelming amount of them don't allow dogs. This seemed odd to me after I considered how many dogs I've seen in the local grocery stores and shops.  Well, we have a dog and like the rest of us he's been cooped up in a hotel room for two weeks and is in need of an escape. Enter Harbor Cove.
Harbor Cove is a beach that has an abundance of activities for your enjoyment. From snorkeling, swimming and volleyball to surfing and shopping this place has it all and they are dog friendly. Yup, Fido can accompany you while you splish and splash and he doesn't even have to be on a leash (even though he should be.)
We spent our time watching surfers fall off their boards and combed the rocks for muscles and starfish. We spent time playing peekaboo with a shy crab before Jeep The Adventure Dog got scared of the waves and we had to retreat to the safety of the car. Up to that point I think he had been having a good time. We'll try again another day I guess.
Harbor Cove is an access to Channel Islands National Park as well. There are five islands that must be accessed by boat (duh) and each island gives breathtaking views while you hike, kayak, or scuba around them. Here you will also find an abundance of wildlife to view from sea lions to dolphins and even whales. I'm still in the research stage of that excursion but I'll get back to you when we decide to go.
Well that's all for now, folks. We'll keep exploring while you keep reading. Have a good week and I'll see you Friday! 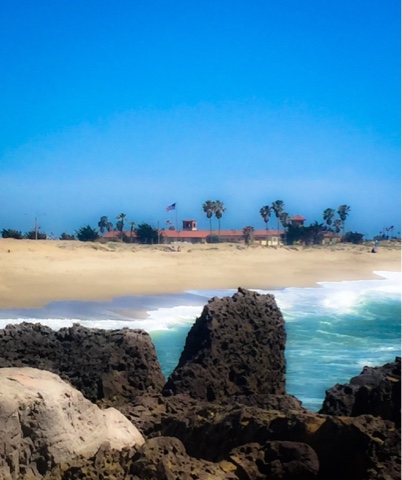 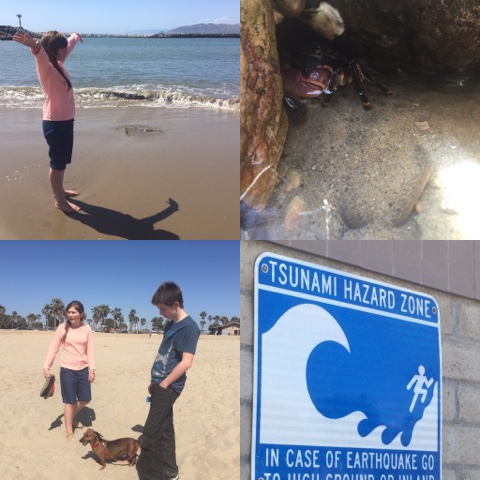 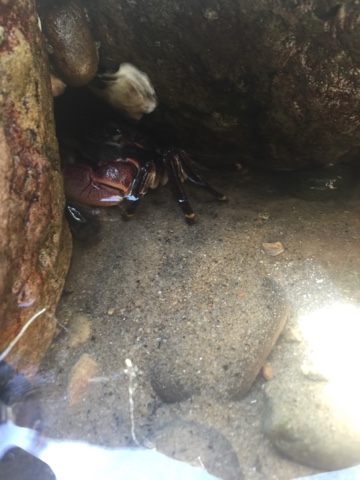