The Strange And Wonderful Fry's 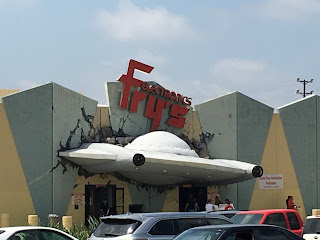 I've mentioned in the past that I love roadside oddities. I can't help it. I'm naturally attracted to the strange, unique and unusual. So during a quick shopping adventure in Burbank, California I found myself near a place that a few people had mentioned that I needed to visit if the opportunity presented itself. Well here I was so we decided to head over, after all it was just a few miles from where I was wanting to go anyway (which was West Coat Customs.)
We pulled into the parking lot of Fry's Electronics and was greeted by a crashed UFO above the entry which sold me right then. Anyone with the guts to have such an elaborate entrance deserved my business. But that wasn't the end of it. Walking through the doors one is greeted by an armed soldier standing in a Jeep that had been sliced in half by an alien death ray of some kind. Above you stands the grotesque little culprits poised to finish off the soldier. Once you take that scene in and scan the store you see giant ants, a Gort the robot kidnapping a woman, and a very large UFO that has landed in the store. Taking it all in I realized that I was standing center stage in a 1950's B movie. 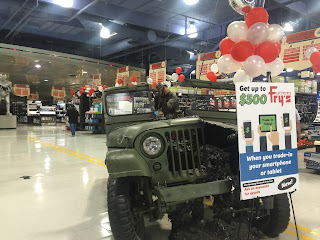 Of course this is a working electronics store and it didn't disappoint either. As we walked through the aisles we found everything you could dream of from televisions, video game systems, CB radios, and if you're more of a hands on geek you can pick up parts to build your own mini robot or even your own PC.
Hungry? They have you covered with a small deli tucked away in the back corner where the day's of the old drive ins are represented complete with black and white movies and a few old cars converted into the ultimate dining experience. We passed on the food this day because just outside the local football team was selling hot dogs as a fundraiser so we chose to support them but next time I'm sitting in one of those cars because they're just too cool.
One thing I found in this store that surprised me was a rack of vinyl records and the players to go with them. Some were older albums, some were very recent and I honestly didn't know that they still put anything on vinyl so that was pretty cool to see.
So Fry's isn't exactly what I would consider a roadside oddity since it's in the middle of a large city but who cares? The nostalgic atmosphere calls to those looking for something a little special and this place is just that. If you're in the Burbank area you should swing in here if nothing else but for taking in the theme or you could pick up a washer and dryer or something. See you on Friday and Happy Trails! 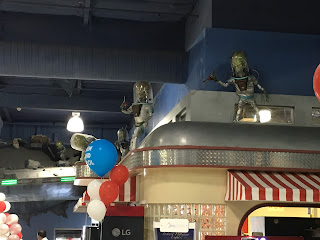 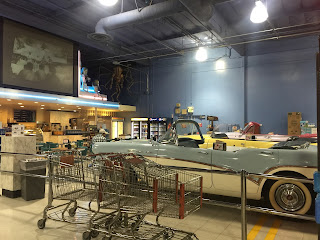 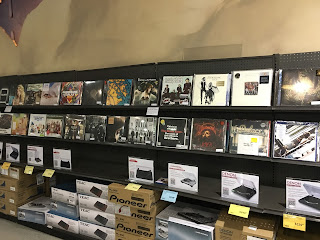 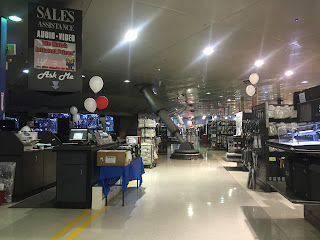 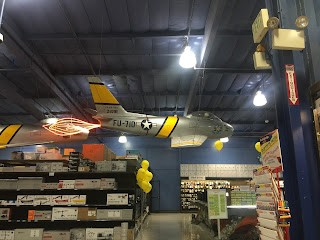 Email ThisBlogThis!Share to TwitterShare to FacebookShare to Pinterest
Labels: Oddities