My What Big Teeth You Have: Le Brea Tar Pits 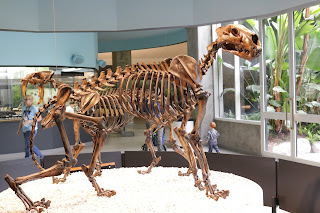 The La Brea Tar Pits are something I've heard of all my life and they have been on my list of must see places for a long time. As a kid I'd let my imagination run wild with thoughts of saber toothed cats and large mammoths venturing in to the sticky goo and meeting their end. Of course this was before I knew how agonizing a death like this would be but hey, I was a kid. Don't judge.
With a three day weekend upon us we took a break from the boring and headed into L.A. to check out the pits. This was the first time in the big city for most of the family and they were pretty excited to see some of the famous Hollywood landmarks and streets that you hear about in songs. My daughter found seeking Ferrari's and other exotic cars to be quite a fun game. This makes me want to take her to the Peterson's Automotive Museum which I came to find out is pretty much right across the street from the tar pits.
We parked on the street, fed the meter some change and walked in to an open park. Here you'll find plenty of manicured grass and trees and if it weren't for the odd fenced areas scattered here and there you would think you were passing through just another city park. But those fenced areas are what you've come to see. The pits. Leaves and dust cover most of the pits and can make it difficult to see them until it's too late. This fact has always been true which is part of the reason so many animals met their fates here, although the odor emitted from the pits should have given them a pretty good idea something wasn't right. It isn't an odor that you smell from the street but you don't exactly have to have your nose in it to get the idea. 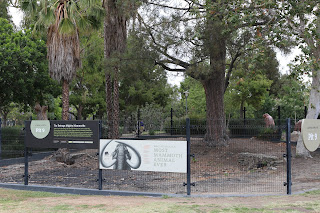 After walking the grounds we headed to the museum. Here we got to see just what they found inside the pits. The skeletons of horses, sloths, saber toothed cats, and a mammoth are the highlights of the museum but there is so much more. They have a display filled with tar and some large pistons that you can pull that give you the sense of just how sticky the tar is and how difficult it would be to escape it's grasp. It wouldn't be impossible to escape if you had a friend but as one ancient woman discovered being alone can be fatal. Her remains are the only human remains found in the pits and in case you were wondering, there are no dinosaur bones in the pits.
In the center of the museum is a glass walled lab where much of the sorting and cleaning of fossils takes place every day in front of your eyes. It's a neat feature that kind of puts you right in the heart of an active dig and allows you to see what it takes to care for these delicate treasures.
In 2006 construction crews broke ground on a new underground parking structure and soon uncovered yet another treasure trove of fossils proving that there is still a lot to be discovered in the heart of the city. The fossils were removed in order for construction to proceed and are now being cleaned and catalogged behind the museum in an area named "Project 23." This is an interactive exhibit but at the time of our visit we didn't have the chance to see exactly what's going on.
We spent 2 and a half hours there but you could be be longer if you wanted to really dig deep into each exhibit. We didn't spend as much time as we should have learning about the mining or Native American history. I guess I'll have to go back and take care of that.
Be safe this weekend and find something cool to explore in your own back yard and we'll see you next week.
Brandan 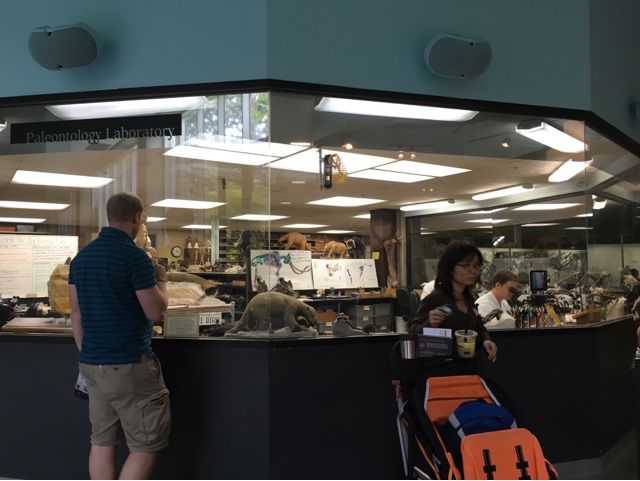 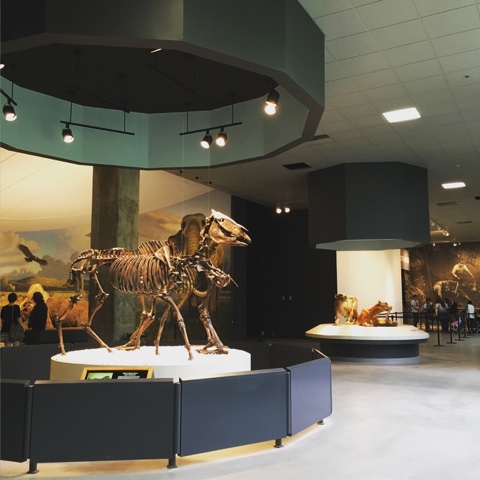 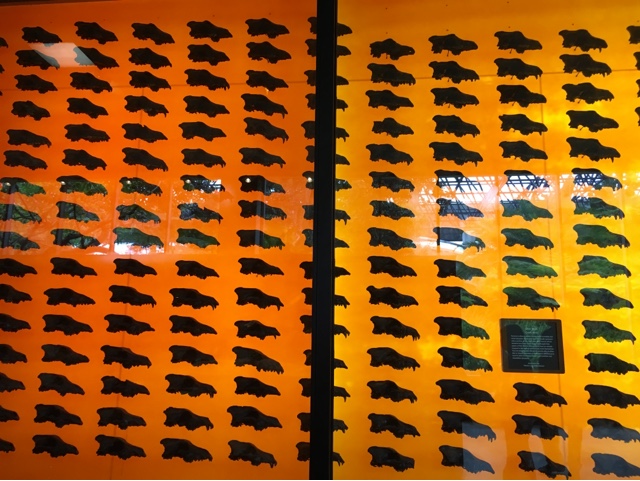