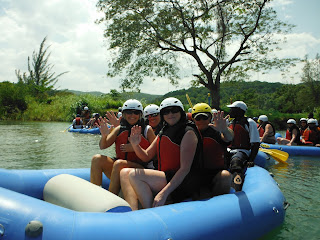 We've just returned from a great vacation in one of my favorite places on Earth, Yellowstone National Park. Of course we'll be covering that adventure here on the blog soon but I bring it up now because of the complexity involved in getting there. You see, we planned this trip prior to knowing we were going to be moving to California for two years. We were faced with trying to figure out how we were all going to get from Valencia to Wyoming and still spend as much time as we wanted in the park.
With only five days to get there, site see, and get back driving was out of the question considering that it would take over sixteen hours to drive there one way. Also we had to find the time to shop for our supplies, load up the motor home and hook up the Jeep to tow up there. My vacation days are being saved for our next adventure that will take us a week so using more time was out of the question and the cost of flying the four of us to Salt Lake City, where our motor home is, just wasn't in the budget. So what did we end up doing? Let's just say if I can help it, we won't be doing anything like this again.
We chose to have Misty and the kids drive to Salt Lake on there own and I would fly in to Salt Lake the night before we were to leave for Yellowstone. On Wednesday at 4:30 am they loaded up and left for home. At the same time I headed in to work. As long as they didn't have any issues (and they didn't) they would arrive in Salt Lake around the same time I would get off work in L.A. We were able to keep in touch throughout the day via phone so I got to track their progress to ease my worried mind. She left a day early in order to have a day to take care of the shopping and stuff but another reason was because I didn't want to be in a stupid plane while my family was on the ground and then there be an issue. If something were to happen while I was at work the worst case would be me leaving to come to the rescue (or sit on the side of the road with them at least.) As it were, all was well and I boarded a plane Thursday night and we were reunited and ready for our adventure. 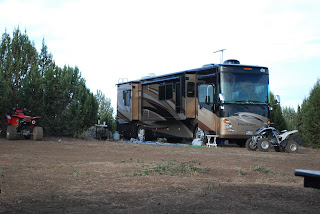 The problem came when it was time to return to reality and head back to California. We had to do everything in reverse for the trip back. I would leave Salt Lake at 11:00 pm (after a delay of about an hour) and Misty and the kids would drive back the following day. I can't explain it but I had a really hard time saying goodbye to them this time. It had been easy the first time, a kiss goodbye and a see you tomorrow. But this was different somehow. I felt horrible that I wasn't going to be with them this time. I should be there for them all the time and I shouldn't be leaving them to fend for themselves but that was just the way it had to be. After a couple hours of sleep I headed in to work and as soon as I could I was on the phone to find out where they were. Turns out they had left early and were already four hours into the trip. Long story short, they arrived fine and I got home from work like it was just another day.
Our next adventure is taking us to the Rubicon trail. I've mentioned this trip in previous posts and we're all getting really excited about it (we're just a few weeks away.) But the logistics on this trip have become an issue as well. I still have a Jeep in Salt Lake that needs to be here in California for me to prep for the trip and I have no way of going to get it myself. We have a plan but I won't get into now. I want to save that as part of that trip report.
If I have any sort of advise to give you folks out there it is to plan, plan ahead, be flexible and.....don't live in two states at the same time. That crap just sucks.
If you're interested in a kind of preview of our trip to Yellowstone we've posted a video of the West Yellowstone, Montana fireworks display from the Fourth of July on YouTube (see link below.) The first of many videos we'll be rolling out as promised. The move has really caused me to get behind in my plans but they're coming. I'll see you next week!