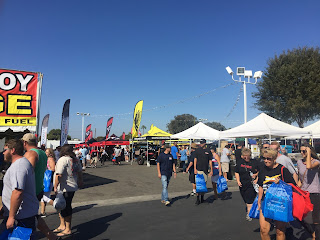 We decided to take a trip to Costa Mesa this weekend because rumor had it there was a big sand and sport expo being held there. So we loaded into the car and headed south. What we found when we got there was just short of amazing. I had no idea just how large this thing could be and I'd be lying if I said it wasn't a little overwhelming.
The Sands Sports Super Show was held at Orange Counties fair grounds and aside from the swap meet being held on part of the grounds the SSSS took up the entire fair grounds. Now as I understand it this show used to be big for the sand rail and dune buggy crowds but you wouldn't know that if you hadn't attended this event in the past because today's hot tickets resides with the side by side market. If you didn't realize just how much side by sides have changed the All Terrain Vehicle market this place just might put it into perspective for you. 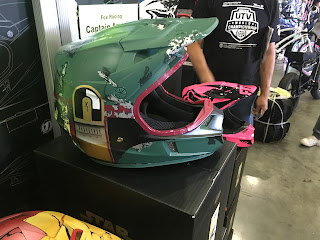 The who's who of UTV's made there presence known with huge trailers and displays from the likes of Polaris, Yamaha, Arctic Cat, Can Am, and even Honda made an appearance to showcase the latest and greatest line ups of side by side vehicles to date. Not only that but we saw sound systems from Rockford Fosgate, helmets and gear from Fox including some awesome new Marvel and Star Wars paint schemes inspired by Bob Fett and Iron Man. If LED's are your thing then you wouldn't be disappointing. The only way to see more light up whips in one place would to be to visit Glamis on Thanksgiving. They were everywhere. Communications, custom wraps, storage solutions, the list goes on and on. This place truly had anything you can think to bolt on your UTV of choice for you to sift through. It was almost too much.
The dune buggy crowd still showed up despite the glory days being well in the past it appears but I have to admit seeing them brought back a few memories from my childhood and yes they are still pretty cool. Also on display were the race trucks from the Speed Energy Stadium Super Trucks Series which is a series started by Robby Gordon. Unfortunately this event and the races that took place this weekend came only a couple of days after tragedy struck the Gordon family (you can look that one up on your own if you wish.) I'm not sure if I would have the stomach to make a public appearance so close to such a horrible tragedy but when your the boss you gotta do what needs to be done and Robby was there promoting his series. 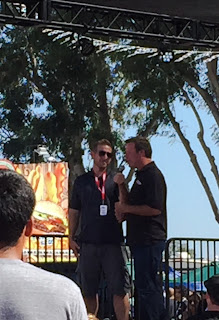 I guess it only makes sense for these massive shows to happen in California. The companies are here and so are the people. I'm not kidding when I say there was no elbow room. As we made our way through buildings it was extremely difficult to stay together which is a dad's nightmare while trying to keep his kids close but I guess it's something I'll just have to live with for the time being. Overall it was a cool experience to be there and they have successfully held this show for 18 so if you are interested in attending you'll be safe in making plans for next September. The only bummer for us it that it really makes me want to get out and go riding but our RZR is sitting in Utah waiting for me to come and visit. I guess I'll just have to make a trip home, huh?
Have a great week and go ahead and daydream about whatever comes to mind, you never know where it may lead you. 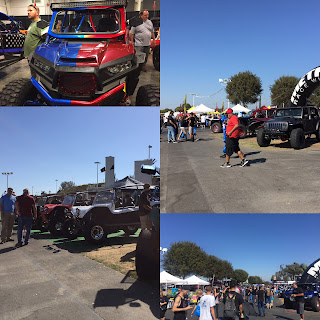