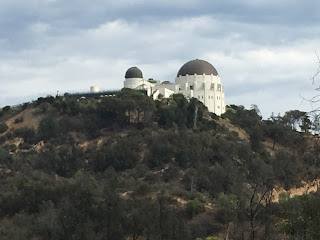 If there is one thing I've learned about California it's that they like to do things big. The state itself is big, it's cities are big and their parks are big. Over the weekend we decided to sneak out of the house to take a quick trip to one of these parks to see what it had to offer. We ended up taking a drive through Griffith Park in Los Angeles and were taken aback by all it had to offer.
Griffith Park takes up 4,310 acres of prime SoCal real estate, is host to two golf courses, the L.A. Zoo, the Griffith Observatory, a merry go round, railroad museums, a theater and plenty of places to have a picnic. None of this did we get the chance to explore but only because we were taking more of an exploratory drive rather than looking for a picnic. We did learn one valuable lesson for when we do decide to stop in and hang out that I'll pass on to those of you that may want to visit sometime. Go early in the morning. If you wait too long then you can plan on fighting for parking and picnic tables. Of course if you do happen to find a place to park there is plenty of space to spread out and still have a good time. So why am I bringing up Griffith Park if we didn't get to explore it? Because it's still October and rumor has it that the park is haunted. You wouldn't expect me to skip out on another ghost story would you? I didn't think so. Let's get to it. 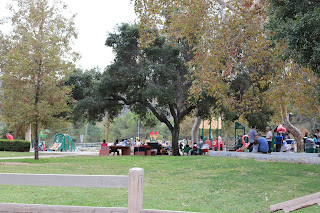 The property has been shrouded by rumors of a curse for around 150 years stemming from stories that a politician swindeled the property from the family of the original property owner Don Antonio Feliz while he lay on his death bed. Because of the so called curse the property and it's ever changing owners experienced things that would make even the most staunch skeptic question the truth. Murder, dead cattle and lost crops have ruined property owners over the years and all of them lead to the parks namesake Griffith J Griffith.
While Griffith owned the property a lightning storm knocked down tress and created a flash flood that wound it's way down the canyons destroying most of Griffith's ranch. Some ranch hands even claim they saw Don Antonio Feliz's ghost riding the waves down the canyon. Now that's a guy that can hold a grudge. After this, Griffith decided that it would be best to rid himself of the property so in 1896 he donated it to Los Angeles as a Christmas present. But if you think Griffith escaped the curse you'd be wrong. He believed that his wife was trying to poison him to take his fortune so he did what any sensible rich guy would do. He shot her. She survived and Griffith went to San Quentin prison for two years. When he got out no one would do business with him anymore and he was ruined. Before he died he did managed to ensure the construction of the observatory and an amphitheater.
So that's the end of the curse right? Eh, not so fast. One famous tragedy has occurred since the city took ownership. L.A.'s worst fire in history took place in Griffith Park. Twenty nine Civilian Conservation Corp employees were killed fighting a wildfire in 1933. This is the worst fire related incident in Los Angeles history. 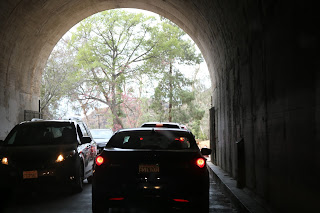 Don Feliz has been seen in multiple places throughout the park even taking the time to crash a little party and to chase attendees back to their horses and off of his property. His niece, Dona Petranilla, the woman who created the curse after the property was commandeered, has been seen wandering the park in white and even occasionally riding a horse. Do you know who else likes to ride a horse around the property? Good old Griffith J. Griffith has been spotted doing just that. I guess he's still checking in on the place as well.
Unfortunately there are others that seem to haunt the grounds that don't exactly relate to the so called curse. A young girl seems to be searching for something. Most stories point to her being abandoned by her parents in the park resulting in her succumbing to the elements. Now, confused and scared, she continues to look for the loved ones that left her behind.
No Griffith Park story on ghosts would be complete if it didn't talk about L.A.'s most famous ghost. Her name is Peg Entwistle and her story starts out like so many young, ambitious people that flock to Los Angeles. She was an up and comer on Broadway and decided to head west to make it big in Hollywoodland. But fate is cruel and she found that she wasn't the only young, blonde, bombshell in town and she struggled to find work. When she finally did get a break her part wound up on the cutting room floor which sealed the deal for Peg. She drunkenly hiked her way up to the Hollywoodland sign and made the terrifying climb up the rickety service ladder on the back side of the "H" where she jumped. Her body was found the next day by a hiker. Today hikers and rangers alike have seen her white figure floating around the area accompanied by the smell of gardenias which some claim was her favorite perfume. It's a tragic story that for her it seems may never end.  From the Griffith Park Observatory you can get a great view of that famous sign.
This weekend is the last for October which brings us to the end of our ghostly tales for this year. We'll finish strong by telling you about our tour through the haunted Washoe Club in Virginia City, Nevada. This building has been featured on "Ghost Hunters" and "Ghost Adventures" and was the highlight of our visit. Come on back on Friday to get the story. I look forward to seeing you.