Spooks and Curses of Bodie 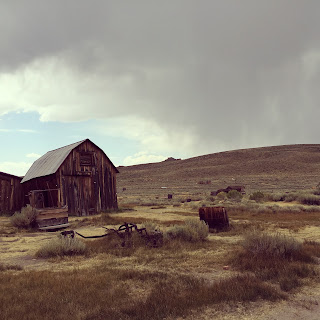 Well with the arrival of October it is now safe to mention the Halloween season. Yes that time of year where everyone, not just those of us enthusiasts, can get excited about everything strange and scary without odd looks or judgement. To kick off our month of the strange we're going to visit Bodie, California. Bodie was created out of strange circumstances and rumors of a curse still haunt visitors to this day. So let's get into it.
Today Bodie is a state historic park where just over 100 buildings still stand making it one of the largest and complete ghost towns left in the western United States. It was founded after W.S Bodey and a group of prospectors discovered gold in 1859. Bad news for Bodey though, he never got to see the town that would take his name grow from the harsh ground to become a fairly successful mining town. He wound up freezing to death during a blizzard while making a supply run. Some say that his early exit and anger of not getting to reap the rewards of his claims cursed the land and anyone who would take even a tiny pebble from it's borders. Of course that seems a little silly considering how successful the town was albeit for a short time. I personally like the theory that the curse was likely created by the town's people as a whole whose greed was so strong that it lasts even to this day. 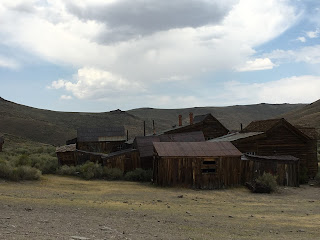 So what exactly is the curse? Well there really isn't anything written down, no etchings in rocks or creepy poems to be recited but the stories told by those that have become victims of the alleged curse are eerily similar and at times dangerous. However, each story has the same beginning. Someone took it upon themselves to take something from town. Maybe it was an old square nail. Perhaps a tin can or even something as unimportant as a rock but in the eyes of Bodie it all belongs to the town and for anyone foolish enough to steal from the town will have to pay the price.
Horrible bad luck follows the thief. Some have lost their jobs while others have had severe health problems. There seems to be only one way to break the curse and that it to return item back to Bodie and apologize for the wrong doing. The park's rangers get mail each year from those that have ignored the warnings and included in the envelopes are apology letters and the items that they took. While the rangers and the park service will give no official stance on the curse they will show you some of the letters and items returned over the years and strongly urge visitors to not take souvenirs. 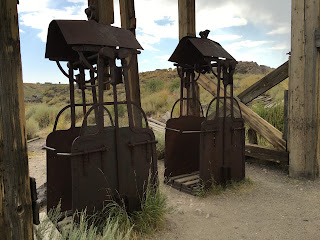 We joked about the curse for eight months prior to our visit and while in the end none of us had the guts to tempt fate there was one joker in the group that came up with a brilliant scheme. He purchased some old souvenir nails from a different ghost town we visited prior to our Bodie arrival and hid them in someone else's Jeep when they weren't looking. I can attest that I have never seen someone so upset over a couple of nails in my life. Just the thought of having Bodie's curse brought down upon you can change a persons demeanor in an instant. Of course we all had a good laugh at this because it was a pretty good joke but there wasn't one person that didn't take a second look in their rigs before we left town.
A ghost town wouldn't be a ghost town if it didn't have any ghost stories and Bodie has a few. Bodie is remote and to help protect the town the rangers live on site in some of the old buildings here. No one has a more intimate relationship with the town. Stories coming from these good folks range from footsteps to voices to physical contact. This sounds like a party to me but to others it is a very unwelcome experience. One of the most haunted buildings in Bodie is the Cain home. In this home a Chinese woman hired as a maid committed suicide after rumors that she had been having an affair with the wealthy Jim Cain, the town's main lumber supplier, and was fired by Mrs. Cain. It is believed that this woman is responsible for the supernatural occurrences in the home. 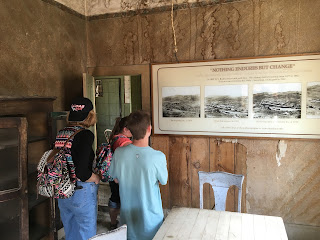 There are other buildings with similar stories scattered throughout Bodie, each of them with their own tragic history much like the town of Bodie itself. With it's reputation of being a dangerous place full of greed and murder it wouldn't be hard to believe that the scars of Bodie's past may have left an impression that transcends time. Today we can visit at our leisure and reflect on the hard work that these people put in to pull a living out of the ground. The skeletons of the past stand as a reminder of their efforts. Whether or not you believe in the curse or the ghost stories you cannot deny the power that this place seems to have even today. People come form far and wide to visit Bodie each year for their own reasons and they will continue to do so as long as there are still buildings standing and stories of curses to be told.