The Happiest Haunted Place On Earth 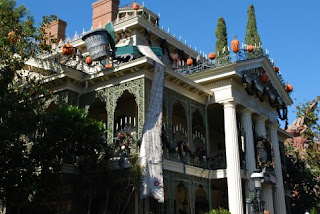 If you're from Utah and you have any children it wouldn't be a stretch to say that you've been to or are on your way to Disneyland right about now. Why, asks the rest of the readers? Because mid October is when Utah has it's annual Fall break. This gives folks a four day weekend to hang out with one another and for many Utahn's it's just enough time to make a quick trip to Disneyland. But while you are all out having fun with taking in the Halloween decorations, eating Mickey Mouse ice creams, and of course riding all the rides, it would only be fair for me to bring a fact that many folks at Disney won't talk about. Disneyland is haunted.
While they won't mention it during your visit others have talked about it behind the scenes and of course stories worth telling will always get around so it wouldn't be fair of me to not pass them along for those that don't know about them. So let's get into it.
The most famous haunting in the park of course is rumored to be that of Walt himself. He has been seen in multiple places throughout the park but it seems that his favorite place to reside may be in the Main Street Firehouse. Footsteps and knocking have been reported coming from his apartment on the second floor. A lamp burns day and night in the window of this apartment as a symbol of Walt's memory but some stories indicate that it's on because Walt won't let it be turned off. Fair enough, Walt. They'll leave the light on for you. 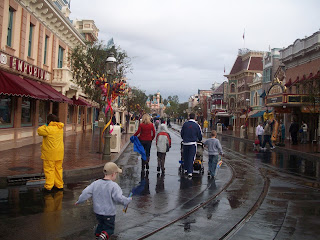 It would be too easy for someone to claim that the Haunted Mansion is haunted. But some claim that it is. A common problem has sprung up over the years where has become popular for people to attempt to spread the ashes of deceased loved ones inside the mansion as well as Pirates of the Caribbean. For this reason, at least for some, has caused the attractions to hold more than just our favorite whimsical spooks and buccaneers. Some say that real spirits have taken up residence and like to shut the lights off while the night shift does their nightly maintenance. I think I would be a little spooked if animatronic pirates were moving around while the power was off too. If that's not enough how about the lone boy that likes to ride in empty boats on Pirates. He is often seen by security cameras having a good time but when the boat comes around to the platform he is never there to get off.
Today when you visit Disneyland you can enjoy Star Wars and Marvel exhibits in a building that was once Innoventions and America Sings before that. I remember visiting this building when it was Innoventions and I was impressed with the lower level of the building as it revolved like a giant turntable. It didn't move very quick but on a day in 1974 an eighteen year old employee was unfortunately crushed to death between the moving wall. Since then people have heard a mysterious voice whispering "Be careful."
There are other rides that are rumored to be haunted as well as some of the shops on Main Street. Some spirits, whether a former creator, employee, or enthusiast, just can't let go of Disneyland. It's a special place for millions of people around the world and while I'm not sure I would choose to spend my eternity there I can understand why others would. Whether these stories are true or not isn't my place to say but the stories exist and in my storyteller mindset I think they should be passed along. If only because it's fun to believe and isn't that what Disneyland is all about?
One more story before I go. If you take the chance to ride Space mountain alone and a man with reddish hair and reddish face gets into the seat next to you, don't be surprised if he isn't there when the ride arrives back at the station. That's just ol' "Mr. One Way" and he has been known to hitch a ride with single riders since his death on the ride sometime in the 1970's. Just smile and know you got to ride with another Disneyland lover that has taken his love to the extreme. We'll see you on Friday. Have a good week, All!