Last post about this museum, I promise!  Are you getting that its a really big place with a lot of stuff to see?  There is no way we can even touch all there is to tell you about here.  We even did four full posts about it and still there is stuff left to be explored.  I can't help but wonder how many museums there are like this one out there that can hold fascination like this one can.  I could go back a dozen times and it would still be a new experience.  I love this place if you can't tell. 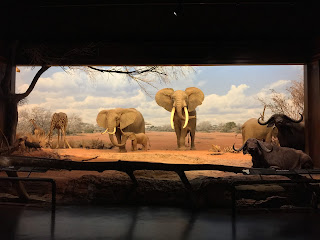 Inside this museum is three separate mammal halls.  That doesn't count the temporary Extreme Mammals temporary exhibit.  You can see the Hall of African Mammals,  North American Mammal Hall and the Age of Mammals Hall.  Each hall has its own unique theme to it while staying true to the feel of the museum overall. 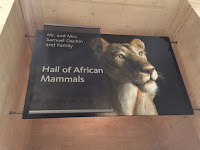 The Hall of African Mammals had the elephants and lions we all know well set in displays that look like a natural surrounding.  It was very well done.  Their attention to detail even includes the plants and grasses that you would find these animals living along side.  They also had animals we might not know as well such as the Arabian Oryx or the Okapi 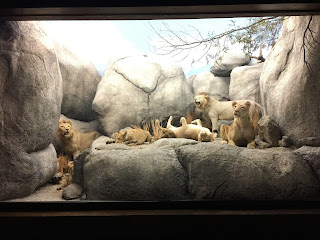 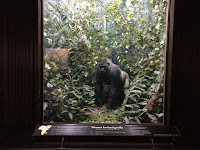 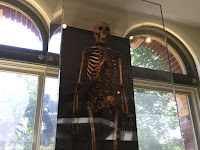 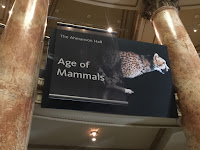 The Age of Mammals Hall covered mammals in a different way.  This hall covered how much change has happened as our world has evolved.  While the Age of Mammals Hall has a total of 240 specimens, it had some fascinating displays on being human.  We don't often get to see how our brain rests inside our skull, but you can here.  You can see a cheetah next to a skeleton of one to see how it fits inside.  You can also stand next to a shadow of three kinds of bears to see how you measure up. 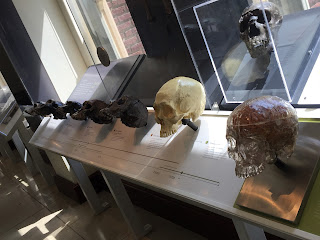 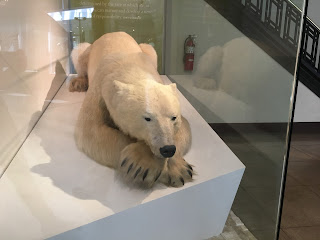 The last mammal hall is the North American Mammal Hall.  Here you can see the animals that dot where we spend most of our time.  The Bison reminded me of one of my most favorite places on earth.  Yellowstone National Park is absolutely the one trip I think everyone needs to take.  You can also see moose, polar bears and seals on display as well as a ton of other animals that remind me how large our own backyard really is. 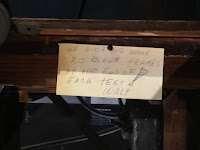 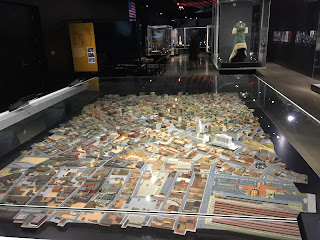 Becoming L.A. tells the story of how a big chunk of dirt grew to the bursting landscape it is today.  We learned about the Spanish and Mexican influence on the area including all those awesome missions that we stop at from time to time.  There were displays on how the Great Depression influenced things and how immigration changed blocks to little cultural centers.  We also saw how the auto and movie industry added their touch to the flow of things and how Sleeping Beauties Castle was built in Disneyland.  This section could have been a museum on its own with all it covered.  Being from Utah I didn't know about a lot of the things that the average school child could tell me all about.  I knew a bit about the oranges here but I had no idea how much of a part that citrus wonder really played in forming L.A. as we know it. 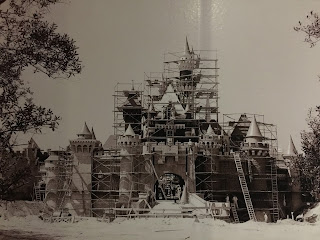 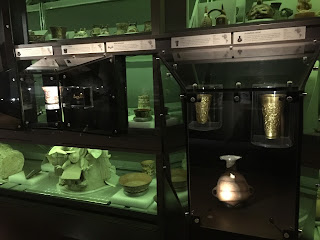 Beyond everything I have told you about in these last four posts there is still a lot to cover.  Have you ever wondered what museums keep in their vault?  This museum has their vault on display.  You will see fragile archaeological treasures from ancient Latin America in a darkened room covered with safety straps.  We also saw a totem pole from the Tlingit people in Ketchikan, Alaska.  We learned all about them on our latest cruise so it was fascinating to see something they created in a museum so far away.   You can read more about that experience here.

There is a Hall of Birds, a wetlands display, shells, art and a bunch of other stuff we can't even cover without going on and on.  The place has something for everyone.  The Natural History Museum of Los Angeles County is an awesome place.  If you love history and traveling then you might want to add this place to your next southern California vacation.  We loved it and will be back soon.  Until then, Happy travels.
❤ Misty 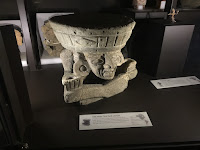 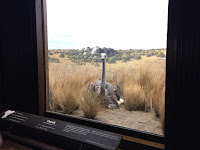